You are using an outdated browser. Please upgrade your browser to improve your experience.
by Aldrin Calimlim
September 27, 2013
The highly anticipated Retina iPad mini may not ship alongside the fifth-generation iPad, according to a new report by CNET. If there's one Apple product I've been eagerly looking forward to, it's the iPad mini with Retina display. Sadly, it appears that I and countless other prospective buyers may have to wait longer than expected. The fifth-generation iPad aka "iPad 5" is widely believed to be set for release this October. But according to Rhoda Alexander, director of Tablet and Monitor Research at IHS iSuppli, "The Retina mini looks less certain for that time." This is on account of the device's current manufacturing volumes, which are said to be more feasible for a first quarter launch next year than for an October launch this year. Alexander is quick to note, though, that Apple may very well announce the Retina iPad mini alongside the iPad 5, but not necessarily ship the former at the same time as the latter. Well, we'll know for certain when Apple holds another "special event" for its new iPad lineup, which is expected to be held sometime in October. For our projections on what this event may bring, check out "Is Apple Working On An October Surprise?". 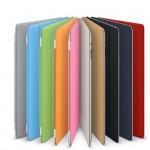 Is Apple Prepping Smarter Covers For The iPad 5?