You are using an outdated browser. Please upgrade your browser to improve your experience.
by Joe White
September 16, 2013
Apple has posted detailed drawings of its iPhone 5s and iPhone 5c handsets to the Apple Developer Portal, providing iDevice users with a closer look at the forthcoming handsets' internals. The drawings, designed for case manufacturers (see above and below), highlight areas of importance for designers. For example, the iPhone 5s drawing highlights the handset's Touch ID-equipped Home button, since cases for the smartphone must ensure that access to the Home button's sapphire-coated surface is provided. As such, the "keepout" area for the iPhone 5s's Home button is larger than that of the iPhone 5c. Apple also draws attention to particular aspects of its low-cost iPhone 5c handset, too, as AppleInsider explains:

For example, while the iPhone 5c is known to have a polycarbonate body with a steel-reinforced frame that doubles as a multi-band antenna, the drawings show the design requires radio transparent windows at the top and bottom of the chassis. This is a carry over from the CDMA version of the iPhone 4, which disposedtwo antennas in the phone's metal frame. The iPhone 5 refined the tech with integrated cellular antennas that dynamically and seamlessly selected which array to use based on signal strength.

Here's the drawing for Apple's iPhone 5c: Cases for both handsets have already surfaced online, however. Besides Apple's official leather iPhone 5s and rubber iPhone 5c cases, a number of third-party manufacturers - including OtterBox, STM, and more - also have cases for both handsets in production and available to order online. As a reminder, both of Apple's new iPhone handsets go on sale this Friday. See also: Rdio Fights Back, Plans On Launching Free Music Service To Counter iTunes Radio, Sprint To "One Up" The Competition With Its Own Early Upgrade Plan, and Rovio Updates Original Angry Birds Game With New Classic Levels And Manual Targeting. 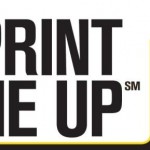