You are using an outdated browser. Please upgrade your browser to improve your experience.
by Bryan M. Wolfe
September 2, 2013
It now looks like Apple will never release iOS 7 beta 7. Instead, the next version sent to developers is likely to be the gold master (GM), or final version. Invitations to Apple’s Sept. 10 iPhone event are likely to arrive tomorrow, Sept. 3. The invitations could be sent around the same time that Apple releases iOS 7 GM to developers, according to our anonymous sources. It is still possible, however, that Apple holds off on releasing the final version of iOS 7 until after the Sept. 10 event. In either case, the public would finally be able to download iOS 7 on, or around, Sept. 20 -- at least on the iPhone. At this point, the biggest unknown is whether Apple releases iOS 7 for the iPad this month, or waits until new devices are launched in October. Right now, a delay is possible, but not confirmed. First announced at WWDC in June, iOS 7 is a radical departure from past versions. In addition to its flatter design, iOS 7 includes new features such as Control Center, AirDrop, and iTunes Radio. Apple released iOS 7 beta 6 on Thursday, Aug. 15. For more iPhone/iOS 7 news, see: First Video Of Working iPhone 5C Hits The Web, Shows Off Safari Browsing, The AppAdvice Week In Review: Let Apple’s Month Long Celebration Begin, and Could This Be Apple's iPhone 5C In The Wild? 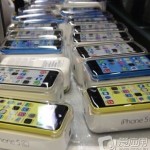 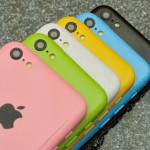 First Video Of Working iPhone 5C Hits The Web, Shows Off Safari Browsing
Nothing found :(
Try something else