You are using an outdated browser. Please upgrade your browser to improve your experience.
by Joe White
September 5, 2013
Not long after the release of OS X Mavericks Developer Preview 7, Apple sent an email out to registered developers informing them that Safari push notifications are set to be enabled in the prerelease Mac OS. The iOS-inspired feature allows Web publishers to send push notifications to Mac users, even when the Safari app is closed on a Mac computer. Messages are powered by the Apple Push Notifications Service, and provide a website icon, a small amount of text, and act as a link to a related Web page. As such, it would appear that Apple is indeed preparing for OS X Mavericks' public release. Though no release date or pricing for the operating system has yet been announced, many expect the new OS to launch in the Mac App Store later this month for a comparably small fee. Continuing a trend that has been in play for some time, further iOS-inspired features added in OS X Mavericks include an Apple-powered Maps app for Mac, and iBooks for Mac. Both applications mirror their iOS counterparts in terms of appearance and functionality. Here's hoping we don't have long to wait for the public release of OS X Mavericks. We'll keep you updated with further information as we receive it. In the meantime, see: Cydia Tweak: CamBright May Help You Take Better Pictures, Today's Best Apps: Photofy, FlowDoku And AVG PrivacyFix, and New Video Compares Leaked iPad mini 2 Back Housing To Its Predecessor. 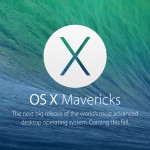 An Update On When To Expect New Apple Devices, iOS 7 And More
Nothing found :(
Try something else