You are using an outdated browser. Please upgrade your browser to improve your experience.
by Dom Esposito
September 4, 2013
Apple’s big iPhone event is less than a week away, but what about the 2013/2014 iPad lineup. Rumor has it, Apple will unveil its iPad 5 and iPad mini 2 at a separate event possibly in October. Until then, the rumor mill keeps thriving. This time we’re getting a closer look at Apple’s updated iPad mini 2, but you wouldn’t know it based on the leaked back housing shown in this video uploaded by UnboxTherapy. As you may have guessed, Apple hasn't changed much about its backside.

What this video doesn’t show you, is if Apple’s iPad mini 2 will have a Retina display. There’s nothing different about the leaked iPad mini 2 back housing that would indicate such a change, but it’s been one of the most desired features since the first generation was released last year. Apple’s iPhone keynote is happening on Sept. 10, 2013 in Cupertino, Calif. It’s very possible that the iPad event will be held the following month, but we’re not entirely sure of the date at the moment. Follow AppAdvice on Twitter for more information regarding Apple’s upcoming iPhone and iPad lineup. For more Apple news, check out these articles: Sony Unveils Its iPhone-Compatible QX10 And QX100 Lens Attachments, Say Hello To The Mini Jambox By Jawbone, and Apple Could Be Working On A 'Mystery Product'. 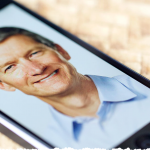 Where In The World Will Apple CEO Tim Cook Be Next Week? 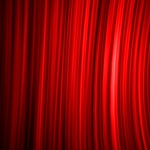 Apple Could Be Working On A 'Mystery Product'
Nothing found :(
Try something else