You are using an outdated browser. Please upgrade your browser to improve your experience.
by Joe White
September 4, 2013
Apple has released OS X Mavericks Developer Preview 7 for registered developers, making little in the way of major improvements and alterations but adding a handful of new wallpapers. As a reminder, the forthcoming operating system features a number of iOS-inspired apps, such as iBooks and Maps for OS X. Over the course of the past few months, Apple has been releasing refreshed "beta" previews of OS X Mavericks for registered Apple developers to test their Mac apps against. Now, as we approach the anticipated release of OS X Mavericks, Apple's Developer Preview 7 indeed appears only to add a number of Mac wallpapers to the operating system. One such wallpaper, called Rolling Waves, is included below: Both iOS 7 and OS X Mavericks are expected to become available in the near future, though pricing for Apple's next-generation Mac operating system has not yet been announced. It's likely that we'll hear more from Apple at its Sept. 10 iPhone media event. We'll keep you updated with further information as we receive it. In the meantime, see: Apple Holding Separate iPhone Media Event In Beijing On Sept. 11, Today's Best Apps: Wordly And Da Vinci’s Demons: The Apprentice, and AVG PrivacyFix Is Like A Security Suite For Your Online Identity. 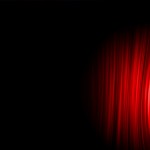 Apple Still Has Plenty Of Questions To Answer In September
Nothing found :(
Try something else