You are using an outdated browser. Please upgrade your browser to improve your experience.
by Joe White
September 11, 2013
Apple's special media event in Beijing, China has concluded, with the Cupertino, Calif. company making no further announcements beyond those unveiled at its recent U.S. event. Furthermore, the low-cost iPhone 5c handset, which analysts had argued could help Apple secure market share in developing nations, appears to be priced much higher in China than competing smartphones. In fact, iDevice users in China are expected to pay more for the iPhone 5c than U.S. consumers are set to pay for the high-end iPhone 5s. The Register explains:

In addition, despite evidence indicating that a China Mobile deal could be in the works, no such deal was formally unveiled at Apple's Beijing event. According to Bloomberg's Edmond Lococo (@EdmondLococo), the dedicated event brought "no news beyond a rebroadcast of the U.S. event," and both Apple and China Mobile are presently declining to comment on the status of a deal. As the world's largest smartphone market, China is a key interest of Apple's. It would appear, however, that more aggressive marketing strategies will need to be adopted before Chinese consumers abandon the Android ship, even if this means reducing iPhone margins. We'll keep you updated with further information as we receive it. In the meantime, see: Apple's New iPhones Support China Mobile's TD-LTE Band, Allie Takes Her Curtain Call With New Steam-Filled Musical Levels In Where's My Water?, and Marvel's Iron Man 3 - JARVIS: A Second Screen Experience Launches On iOS. 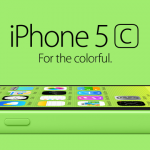 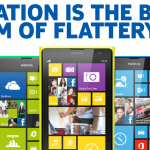 Microsoft, Nokia Laugh Off Apple's New iPhones In Flurry Of Tweets
Nothing found :(
Try something else