You are using an outdated browser. Please upgrade your browser to improve your experience.
by Joe White
September 12, 2013
In a bid to further improve its 4G LTE network in the United States, AT&T has purchased a portion of rival carrier Verizon's unused wireless spectrum, reportedly spending some $1.9 billion. The upgrade, which sees AT&T gain an additional 39 700MHz licences, will improve the carrier's network for around 42 million subscribers across 18 states. As such, AT&T is in a great position to fulfil its goal of offering 4G LTE to almost 270 million people by the end of 2013. In response to the move, the FCC's acting chairperson Mignon Clyburn released a statement, praising the carriers for their negotiation:

This is a big win for consumers, especially in rural areas, who will see more competition and more choices. Also, by making it easier for small wireless carriers to compete, today’s interoperability solution will spur private investment, job creation, and the development of innovative new services and devices. 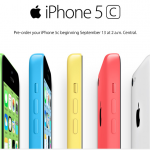 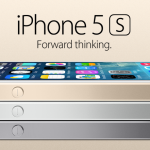 Don't Panic, Brits: Apple's New iPhones Will Support All Of The UK's 4G LTE Carriers
Nothing found :(
Try something else