You are using an outdated browser. Please upgrade your browser to improve your experience.
by Joe White
September 2, 2013
Like its predecessor, Baldur's Gate II is set to relaunch in a revamped and upgraded "Enhanced Edition" for both PC and Mac on Nov. 15, 2013. However, if you thought iDevice owners were going to be left out of the party, think again: though the Nov. 15 release date isn't going to be honored for the App Store release of Baldur's Gate II, you can rest assured that the application is indeed going to launch at some point either this year or next. Changes made in the enhanced app, according to its developer, include:
From what we understand, Baldur's Gate II will require iOS 5.1 or later, and will take up 2.5GB of storage. Below, we've embedded a gameplay trailer of the forthcoming application, which should help iDevice owners get excited for its release - whenever that may be! http://www.youtube.com/watch?v=8bHwTDl231A&feature=youtu.be

We'll let you know once Baldur's Gate II launches in the App Store. In the meantime, see: Deck Up! Dominion Card Game Set To Launch For The iPad This Fall, Unsworn Dungeon Crawling Sci-Fi RPG Is One To Look Out For, and Get Her Off Your Car Now: Wiper Woman For iOS Launches In The App Store. 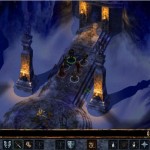 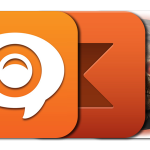