You are using an outdated browser. Please upgrade your browser to improve your experience.
by Brent Dirks
September 12, 2013
After scoring FCC documents regarding the iPhone 5c and iPhone 5s, Anandtech is reporting that both new handsets will sport larger batteries than the iPhone 5. The filings are the only place that actual battery capacity is disclosed:

While poking through the FCC documents and piecing together a story on the network band situation for the iPhone 5S and 5C, I remembered that part of a normal disclosure is in fact battery size. Apple noted the battery on the iPhone 5C increased, and I've been curious about the 5S battery size as well given the different PCB photos with slightly changed aspect ratio that floated around as potential candidates for the 5S. Apple also doesn't disclose the battery size in Whr or mAh on their tech spec pages, making this the only real place to find out outside of opening them up and looking once they're available.

First up, the battery of the iPhone 5s is 1,570 mAH, a 10 percent capacity increase compared to the 1,440 mAH cell found in the iPhone 5. The iPhone 5c’s battery is 1,507 mAH, around a 5 percent increase from the iPhone 5. During Tuesday’s special media event, Apple’s Phil Schiller made sure to boast about the iPhone 5s battery, stating that it has 250 hour standby life and can go for 10 hours of 3G talking and 10 hours of either LTE or Wi-Fi Web browsing. While the iPhone 5s battery is bigger than the previous generation, the more advanced, 64-bit A7 chip and the Touch ID sensor will probably require more battery power. But with innovations like the M7 motion chip, iPhone 5s users should see some improvements in day-to-day usage. And according to Apple, the battery in the iPhone 5s will give users more 3G talk time and LTE Internet browsing compared to the older handset. With the small battery capacity bump, buyers of the iPhone 5c should probably expect numbers similar or slightly better than the iPhone 5. Most notably, Apple says the standby time has the same 25 hour increase found in the iPhone 5s. Both new iPhones will be officially put on sale next Friday, Sept. 20. The iPhone 5c can be preordered starting early tomorrow morning. 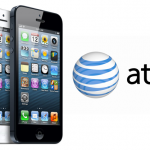 AT&T Might Be Keeping The 16GB iPhone 5 Model Alive 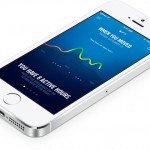 Apple Has Big Plans For Its New M7 Coprocessor
Nothing found :(
Try something else