You are using an outdated browser. Please upgrade your browser to improve your experience.
by Joe White
September 11, 2013
More details concerning carrier 3's plans for its own 4G LTE network in the British Isles have appeared online. Over at its website, the carrier has confirmed that four British cities will be able to access its forthcoming 4G LTE network by the end of 2013. The lucky cities are London, Manchester, Birmingham, and Reading. In addition, Oldham, Dudley, West Bromwich, and Wolverhampton will also be able to connect to 3's super fast network by the end of the year. However, 3's plans for 2014 are grand: an additional 50 cities will receive 4G LTE coverage, and by the end of 2015, 3 aims to have 98 percent of the British population covered. As mentioned in our previous article, 3's 4G LTE price plans are less expensive than those offered by rival carrier Everything Everywhere (EE). That being said, EE's super fast network has been available since October 2012, and will naturally be ahead of its competition when it comes to reliability and coverage. We'll keep you updated with further information as we receive it. In the meantime, see: Hackers Now Investigating iOS 7 Gold Master For Potential Jailbreak Exploits, China Officially Licenses The iPhone With China Mobile's Wireless Standard, and Apple To Update Its Apple TV With Impressive AirPlay Feature On Sept. 18. 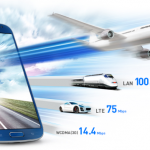 Deutsche Telekom Hints That Apple's iPhone 5S Could Support LTE-A
Nothing found :(
Try something else