You are using an outdated browser. Please upgrade your browser to improve your experience.
by Joe White
September 25, 2013
Microsoft is soon to offer prospective Windows Phone customers $200 gift cards when an iPhone handset is traded in, according to a recent report. The news comes following the launch of Microsoft's iPad trade-in program (pictured above). As a reminder, the company announced recently that it is offering customers a minimum of $200 when an iPad is handed over. The cash provided is a gift card for the Microsoft Store, and it seems that Microsoft is hoping the credit will be spent on one of its flailing Surface tablets. Now, however, Forbes reports that as of Friday, Sept. 27, the offer will be extended to include iPhones, too. The website explains:

According to an inside source at Microsoft, Microsoft Stores will begin giving a minimum $200 in-store credit for iPhones on Friday as part of its “#timetoswitch” campaign, obviously hoping consumers will use the cash to buy a Windows Phone.

Of course, Forbes adds that the iPhone campaign appears to have launched a little late. Apple's iPhone 5s and iPhone 5c went on sale last Friday, Sept. 20, and during the first weekend over 9 million of the new handsets reached customers (with even more orders set to be fulfilled in the coming weeks). Nevertheless, Microsoft's campaign will be available until Oct. 28, giving prospective iPhone 5s or iPhone 5c customers a lot of time to consider the offer. So far, Microsoft's mobile platforms haven't done well in the United States, however the company appears determined to alter this over the course of the coming year. New Surface tablets have already been announced, and Microsoft is also set to make its Windows Phone-powered handsets in-house, having recently purchased Nokia's Devices and Services unit for $7.1 billion. See also: Nissan To Be Apple's Exclusive Automative Ad Partner For iTunes Radio, Couple-Centric App Avocado Updated With iOS 7-Style Design And New Features, and Umano 3.0 Introduces iOS 7-Inspired Redesign And New Premium Subscription. 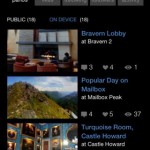 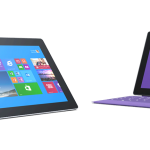 Microsoft Hopes The Surface 2 Tablet Clicks With Customers As Apple Readies New iPads
Nothing found :(
Try something else