You are using an outdated browser. Please upgrade your browser to improve your experience.
by Joe White
September 12, 2013
The European Commission (EC) has been looking to abolish roaming charges in Europe for some time, however it looks like this ideal is finally becoming more of a reality. It's taken a while, but the EC has now decided that starting 2014, all European carriers must stop charging mobile device users for incoming calls. From here, it's hoped that a "roam like at home" strategy will be implemented among carriers, which would allow travellers to access their contract's voice minutes, texts, and data within Europe at no additional cost. The Verge explains:

If any carrier doesn't move over to the "roam like at home" system, its customers will be free to choose another provider for international calls, texts, and data, without changing their SIM card or receiving a second bill. It's hoped that the threat of giving carriers' customers free choice will push the telecoms industry into dropping roaming fees.

It had originally been hoped that roaming fees would be abolished by July 1, 2014, however whether we're still on track to hit this target remains to be seen. It looks like the EC has a lot to discuss before such charges are entirely removed within the European Union's member states, though this most recent news seems to suggest that we're at least moving in the right direction. For more news from out of Europe, see: Don't Panic, Brits: Apple's New iPhones Will Support All Of The UK's 4G LTE Carriers, Carrier 3 To Launch 4G LTE In 4 British Cities By The End Of 2013, and AppleCare+ Reaches Europe, But Its Incident Fee Increases. 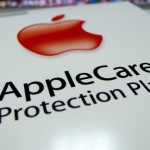 AppleCare+ Launch In Europe 'Imminent,' Here Are The Details
Nothing found :(
Try something else