You are using an outdated browser. Please upgrade your browser to improve your experience.
by Joe White
September 12, 2013
During Apple's media event on Tuesday, between 10 a.m. and 12 p.m. PDT there were an additional 600,000 mentions made of the Cupertino, Calif. company online, with 99 percent appearing on Twitter. For those interested in how the majority reacted to Apple's announcements, NetBase has provided an interesting analysis of Twitter's reaction to the iPhone 5s, iPhone 5c, and more. It seems the iPhone 5s was the most well-received announcement, with 71 percent of Twitter updates being favorable. On the other hand, 63 percent of tweets concerning the iPhone 5c were positive, and Apple's forthcoming iOS 7 also received the same percentage of positive posts. TUAW takes a closer look at the positive reaction to Apple's products, and explains: The website also considers the negative reaction, however, which it notes likely comes "from Android fanbots," and continues: Interesting. Which side of the fence are you occupying? As a reminder, Apple's iPhone 5s and iPhone 5c are set to go on sale Sept. 20, while the latter handset is available to preorder from tomorrow, Sept. 13. Finally, iOS 7 will be available on Wednesday, Sept. 18. See also: Benchmarks Confirm The Impressive Graphical Power Of Apple's iPhone 5s, Chillingo's Dodge This! Promises Cannons, Carnage And Lots Of Chickens, and AT&T Strikes Deal With Verizon, Looks To Further Improve Its 4G LTE Network. 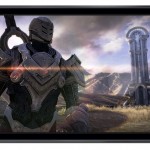 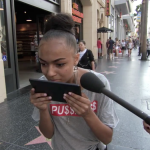