You are using an outdated browser. Please upgrade your browser to improve your experience.
by Joe White
September 11, 2013
Microsoft and Nokia (or should we say Mokia?) didn't waste time reacting to Apple's iPhone 5s and iPhone 5c announcements. In a flurry of Twitter updates, the makers of Windows Phone software and hardware were quick to point out the differences - and similarities - between the new iPhones and preexisting Windows Phone-powered smartphones. Of course, this doesn't change the fact that Windows Phone market share in the United States (and elsewhere) is pitifully low. However, as we've seen in the past, Microsoft's ad team seems limited in the scope of their campaigns to the oft-used practice of iDevice-bashing: the below Twitter updates, published from @WindowsPhone and @Nokia_UK, are more of the same.

8 megapixels is still just 8 megapixels. See what you can do with 41: http://t.co/4ks5d7FreB #timetoswitch to #WindowsPhone — Windows Phone (@windowsphone) September 10, 2013

AppleCare+ Reaches Europe, But Its Incident Fee Increases To $79 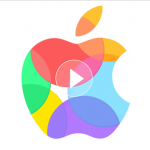 Apple Posts iPhone 5C And iPhone 5S Introductory Videos On YouTube
Nothing found :(
Try something else