You are using an outdated browser. Please upgrade your browser to improve your experience.
by Brent Dirks
September 23, 2013
Easily one of my favorite rugged case options for the iPad is the Drop Tech Series from Gumdrop Cases. I got the chance to review it last year, and the case has done a great job protecting my third-generation iPad. Now Gumdrop is turning to Kickstarter to help fund a new generation of the case. The Hideaway brings all of the protective features from the Drop Tech Series and adds a built-in stand. Here’s a quick video about the project. Click here if you can’t see the video. Along with a 60-degree media viewing angle, magnets in the stand allow users to place their tablet in a 20-degree angle perfect for typing. The case also comes with a built-in screen protector in its own removable frame, which is something not usually seen with other rugged cases. Right now, with 19 days left to go in the project, more than $4,600 has been pledged on a goal of $25,000. While all of the early bird spots for the full-sized tablet case have been taken, you can still pledge $29 for an iPad mini stand in either black, orange, or blue. A $45 pledge can reserve an iPad case in one of the same colors. Estimated delivery date of the case is in October. For other recent accessory news, see: This Week In Accessories: iPhone 5s And iPhone 5c Case Madness, Part 2, First iOS 7 Game Controller Announced, and New Trent's PowerPak Xtreme Is A Waterproof Battery Built For The Outdoors. 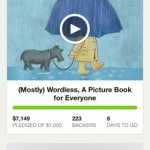 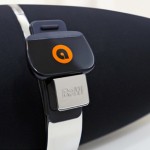 The Auris Skye Brings AirPlay Support To Older 30-Pin Music Docks
Nothing found :(
Try something else