You are using an outdated browser. Please upgrade your browser to improve your experience.
by Joe White
October 28, 2013
Apple is expected to bring its iPhone 5s and iPhone 5c to a number of further international territories, including the Philippines, Bahamas, Indonesia, and South Africa, on Nov. 15. This will be the fourth wave of Apple's ongoing iPhone launch, which as of Nov. 1 will have brought the new handsets to 61 countries around the world. Though nothing has been confirmed by Cupertino, we're expecting an announcement to appear soon, after hearing recently from a carrier in the Philippines that it is set to offer the iPhone 5s and iPhone 5c from Nov. 15. The news reached my colleague Aldrin Calimlim's inbox, and he notes that both Globe and Smart are allowing subscribers based in the Philippines to register their interest in the handsets, with a launch date scheduled for Nov. 15. Of course, since Apple usually releases its iPhone in several new territories at once, we're expecting further international countries to receive the iPhone 5s and iPhone 5c on the same day. After looking back to the countries grouped with the Philippines for the sixth wave of last year's iPhone 5 launch, and removing the territories which have (or will have) already received the new smartphones, we're expecting Apple to bring its iPhone 5s and iPhone 5c to some or all of the following countries on Nov. 15:

It could be that a number of further territories receive the new handsets on Nov. 15, too. We'll let you know once Apple makes an official announcement concerning the above. However, if you're based in a country that hasn't yet received the iPhone 5s and iPhone 5c, it could be that Nov. 15 is a date worth setting aside - at least for now. See also: Miniot Launches New Wooden Cover For Apple's iPad mini, Did Apple Co-Founder Steve Wozniak Criticize Apple's New iPads?, and Pocket Casts 4.2 Features 64-Bit Support And Other Notable Enhancements. 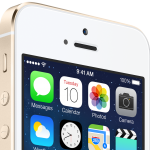