You are using an outdated browser. Please upgrade your browser to improve your experience.
by Joe White
October 25, 2013
Apple has made the somewhat odd decision to keep on selling its iPad 2 - a strange move, indeed, considering the newer, more powerful second-generation iPad mini retails at the same $399 price. However, though Apple's reasons for doing this could indeed verge on the sinister, one new report from Consumer Intelligence Research Parters (CIRP) suggests that a more innocent - and less complex - explanation could be at hand. In short, folks are still purchasing Apple's second-generation iPad, CIRP explains. This is particularly the case in the education sector, with schools and colleges mass-buying iPad 2 tablets and installing them in classrooms and computer clusters. Though Apple's iPad mini is a great iDevice, in the above sense CIRP tracks a definite preference towards Apple's 9.7-inch tablet offering: of course, textbooks look bigger, information can be viewed in more detail, and it's easier to share one single iPad 2 between two or three individuals in class. During the September quarter, then, Apple's iPad 2 accounted for a sizeable 22 percent of Apple's iPad model sales. The Retina display-equipped iPads accounted for 46 percent, while Apple's 7.9-inch iPad mini took the remaining 32 percent. CIRP's report explained:

Despite this quarter including back-to-school sales, the iPad 2, which accounted for a third of sales for the prior six months, seems to have started to show some age, after several strong quarters," said Josh Lowitz, Partner and Co-Founder of CIRP. "Yet, the iPad Mini continued its relative share in the past few quarters, as customers seem to continue to like it as a low-price tablet alternative.

That being said, there are of course other benefits to positioning a $399 iPad 2 alongside the iPad Air, iPad mini, and iPad mini with Retina display. In our original article we told you about "The Decoy Effect," a tactic used by movie theaters the world over:

Essentially, this tactic is “the phenomenon whereby consumers will tend to have a specific change in preference between two options when also presented with a third option that is asymmetrically dominated.” To understand it better, you can watch this video. Well, it seems to me that’s exactly what Apple is doing by keeping the iPad 2 around at the same $399 price point it was before, when really they’re trying to sell you the new iPad air or iPad mini instead. Genius, right? But still a horrible ripoff for those who fall victim to actually buying an iPad 2.

Could this be the case, too? Regardless, for both the average user and the power user, Apple's iPad Air and iPad mini with Retina display are priced right and offer impressive tablet computing experiences. Though the new 9.7-inch iDevice goes on sale on Nov. 1, the Retina display-equipped iPad mini isn't set to launch until "later in November." We'll keep you updated with further information as we receive it. In the meantime, see: Delivery Status touch 5.0 Features iOS 7 Redesign Plus Shipload Of Improvements, Following Online Store Closures, Apple's iPhones Launch In 35 New Countries, and Vine Competitor MixBit Updated With Search, Favorites, Clickable Tags And More. Via: MacRumors 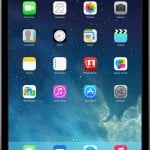 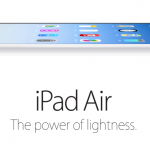