You are using an outdated browser. Please upgrade your browser to improve your experience.
by Joe White
October 8, 2013
Holding out for an iOS 6.1.3 or iOS 6.1.4 jailbreak solution? Though no precise release date has been confirmed, iOS hacker @winocm has announced that a "definite ETA" for the jailbreak is "before 2014," meaning prospective jailbreakers running an iOS 6.1.3- or iOS 6.1.4-powered iDevice only have a few more months left to wait. As a reminder, a jailbreak solution for iOS 6.1.3 and iOS 6.1.4 has been in the works for a couple of months, and back in August hacker @winocm claimed to have uncovered an untether binary for the mobile OS. Following this, the jailbreak solution was demonstrated in a video, and @winocm went on to note that the jailbreak was "almost there" ("for a very small subset of devices"). Now, we're hearing that @winocm's work could reach jailbreakers before 2014, meaning we'll likely see a release in the coming months. The news hit the Web in a Twitter update published from the hacker's account. Though he urges jailbreakers to be patient, @winocm noted that:

Of course, it could be that a jailbreak solution for Apple's iOS 7 is released beforehand. The team of iOS hackers collectively known as evad3rs noted recently that they "may have all the pieces" required to put together a working jailbreak for iOS 7, though team member @planetbeing was careful to add that he wasn't certain yet. Besides @planetbeing, both @MuscleNerd and @pod2g work as part of the team. We'll keep you updated with further information as we receive it. In the meantime, see: Shutterfly For iPhone Optimized For iOS 7 And Updated With New Features, It Looks Like Steve Jobs Was Right About Living In A "Post-PC" World, and Images Of WhatsApp Messenger's iOS 7 Update Surface Online. 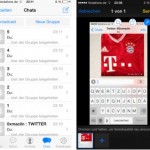 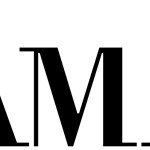 Classic Amiga Games Coming To The App Store In Time For The Holiday Season
Nothing found :(
Try something else