You are using an outdated browser. Please upgrade your browser to improve your experience.
by Joe White
October 21, 2013
FastMail has launched a new and improved version of its mobile interface, and in doing so the email service rightly claims to be "pushing the limits" of what iOS-based Web apps can do. As a reminder, FastMail is a paid-for email service with plans starting from as little as $4.95 per year (with a two-month trial). It promises to offer users simple, powerful email, and it can be accessed on an iPhone, iPad, or iPod touch in the Safari iOS app, from within a Web application. Now, the service has launched an updated version of this Web app which features a new interface, and lightning-fast speeds. The updated interface is available for iDevice owners running iOS 6 and higher, and users will be auto-directed over to the updated Web app upon visiting FastMail on their smartphone or tablet. The new interface looks great: it's clean and crisp, offering users access to their email and featuring an easy-to-use, clutter-free interface. However, what's most impressive is the speed of FastMail's Web app. In short, the service promises to be faster than native email applications, and after testing the updated interface we can confirm that this indeed appears to be the case. As explained at FastMail's blog:

But most importantly, the new mobile interface is fast! We’ve gone to great lengths to reduce the number of round trip requests between your phone and our servers, making the interface load and feel fast even over the high latency connections of mobile networks. In many cases, it is faster than a dedicated email app. We’re pushing the limits of what’s currently possible with a web based application and think the results speak for themselves.

As mentioned, prospective customers can try FastMail's $4.95 per year plan entirely free of charge for two months, and the updated Web app is available for iOS 6- and iOS 7-powered iDevices. Below, we've included a trailer video outlining the new and improved FastMail Web app. For more information, take a look at FastMail's website. http://www.youtube.com/watch?v=V0zGVvoJvOw

See also: Lots To Cover: Apple Could Launch Surface-Style Keyboard Cover For iPad, The WSJ Confirms: Thinner iPad 5, Retina-Equipped iPad mini 2 Are Both Incoming, and It Could Be Apple Isn't Ready To Unveil New Apple TV Hardware Yet. 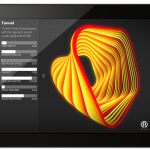 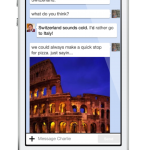