You are using an outdated browser. Please upgrade your browser to improve your experience.
by Joe White
October 22, 2013
Thanks to the success of the iPhone 5s (and iPhone 5c), Apple overtook Samsung to become the No. 1 smartphone vendor in the United States for the month of September, according to a recent report. The news comes in a press release published by Counterpoint Research, which explains that following the launch of its new iPhone handsets, Apple's share of the U.S. smartphone market doubled in the month of September. Given that the handsets only reached customers from Sept. 20 onwards, this is impressive. As such, Apple's share rose from 17 percent to 39 percent; Samsung's share of the U.S. smartphone market, however, decreased from 34 percent to 29 percent. Tom Kang, Research Director at Counterpoint Research, said in the press release:

In spite of supply constraints and just three weeks of sales, iPhone 5s raced to become the bestselling smartphone model in the US in September. Samsung Galaxy S4 was the second best-selling model followed by Apple’s new iPhone 5c which captured the third spot. Demand was robust after a lull in July-August months in anticipation of newer iPhones. Apple dominates the ultra-premium $500+ price-band capturing a 90% share of this segment and helping Apple double its overall market share in just a few weeks. While Apple dominated the ultra-premium price band, Samsung showed great strength in the $400-$500 price band; more than half the sales in this segment came from Samsung, which allowed the Korean vendor to maintain a healthy 32% share in the US mobile phone market overall.

Of course, Apple's handsets - and its flagship iPhone 5s, in particular - have proved to be incredibly popular. After selling more than 9 million new iPhones over launch weekend, Apple's iPhone 5s went on to become the No. 1 handset at all four of the United States' major carriers (AT&T, Verizon, Sprint, and T-Mobile). Following this, J.D. Power's "Smartphone Satisfaction Study" celebrated the iPhone 5s, even though Consumer Reports rated the new Motorola Droid ahead of Apple's seventh-generation smartphone. Later this week, the iPhone 5s and iPhone 5c are set to go on sale in an additional 35 countries, with more international territories to follow one week later. It's clear, however, that at least in the United States, the Touch ID-equipped smartphone is proving to be popular among consumers. We'll keep you updated with further information as we receive it. In the meantime, see: Skylanders Battlegrounds Gains Swap Force Characters, New Chapter And More, AppAdvice Goes International In Our Latest Column, and Evernote 7.1 Adds New Places Feature, Saved Search Improvements And More. 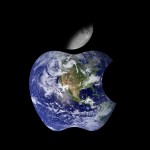 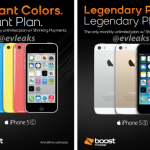