You are using an outdated browser. Please upgrade your browser to improve your experience.
by Bryan M. Wolfe
October 29, 2013
LG already supplies Apple with LCD panels for the iPad, MacBook, and iMac devices. Now, the company is nearing a deal to provide a portion of flexible OLED screens for Apple’s so-called “iWatch,” according to The Korea Herald. According to the report, Apple is looking for multiple screen providers for the rumored wristwatch. Besides LG, Cupertino is said to be also interested in signing RiTDisplay. Japan Display might also be a candidate, “but so far its capacity seems lacking,” according to HMC Investment Securities’ analyst Kim Young-woo. One company that probably won’t be supplying screens for the iWatch is Samsung. “I do not expect Samsung Display to supply Apple with a smart watch OLED,” said one market source. “Strategically, Samsung is using OLED to give a special ‘Samsung flavor’ to its devices, so opening up to other customers does not make sense.” Samsung, of course, recently released the Galaxy Gear. Next year is shaping up to be a big year for smart wristwatches. Besides the Galaxy Gear, and iWatch, Google is also said to be working on a device. See also: Tim Cook Hints That 'New Product Categories' Could Come From Apple In 2014, The iOS-Compatible MetaWatch Will Be Available At Best Buy Next Month, and Apple's 'iWatch' Could Add $1 Billion In Profits During The First Year Of Release. Photo: iWatch concept, Yanko Design 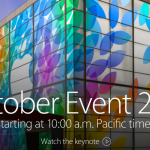 It Begins: Apple Online Store Goes Down, Streaming Confirmed For Today's Event
Nothing found :(
Try something else