You are using an outdated browser. Please upgrade your browser to improve your experience.
by Joe White
October 15, 2013
It comes as no surprise to hear that in South Korea, native smartphone-maker Samsung's sales are strong. In a new report, Apple's share of the mobile market in the country is shown to be just 14 percent, while the data also indicates that "phablet" smartphones are incredibly popular in South Korea. The news comes from Flurry, which is out with new data on the state of the South Korean mobile market. Of the 33,527,534 smartphones and tablets being used in the country, Samsung's smartphones, phablets, and tablets make up an impressive 60 percent of the market. Apple's iPhones and iPads, however, hold a 14 percent share. LG and Pantech are also popular in South Korea, and hold 15 and 10 percent shares, respectively; however, the mobile market in South Korea isn't expected to further boom. Instead, Flurry proposes that South Korea could be in the process of reaching a state of "connected device saturation," and in this sense the new data provides an insight into what future markets the world over may look like once the local adoption of smartphones and tablets begins to slow. Flurry explains:

As shown in the graph, that growth has slowed markedly in the past year or so, and has even been negative in some months. That implies that the South Korean connected device market either already is, or will soon be, the first in the world to reach saturation. As such, it provides a good early indicator of what other markets can expect once the rapid growth period the mobile market has experienced over the past few years ends.

The report also makes note of the popularity of so-called phablets (smartphone and tablet hybrids) in South Korea, where such mobile products make up 41 percent of the mobile market. This is huge compared with the rest of the world, where phablets constitute just seven percent of connected devices. Apple has been rumored to be working on its own phablet-style iPhone for some time, and recent reports have indicated that such an iDevice - be it the iPhone 6, or the "iPhone maxi" - could offer users a 5.7-inch display as early as next year. It seems that besides South Korea, a phablet iPhone would be popular in countless other countries spanning the globe, too. We'll keep you updated with further information as we receive it. In the meantime, see: Zynga Updates CastleVille Legends With New Legendary Creatures And Treasures, May The Swap Force Be With You As You Play Activision's Skylanders Lost Islands, and Assemble Your Heroes For The Upcoming Global Release Of Marvel Run Jump Smash!. 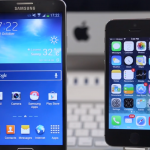 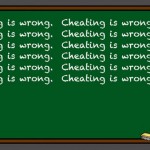 Samsung Isn’t The Only Manufacturer Cheating On Android Benchmarking Tests
Nothing found :(
Try something else