You are using an outdated browser. Please upgrade your browser to improve your experience.
by Joe White
October 13, 2013
The oft-reliable KGI Securities analyst Ming-Chi Kuo claims that next year, Apple could be planning on releasing a sixth-generation iPad offering between 30 and 40 percent higher pixel density in its 9.7-inch display. Ming-Chi Kuo's postulation comes following reports arguing that this year's iPad offering could see a 12.9-inch iteration reach Apple Store shelves. This would mean that consumers would be able to choose from a 12.9-inch "iPad maxi," a 9.7-inch iPad, and a 7.9-inch iPad mini. Kuo, however, disagrees. In a new research note that reached us from MacRumors, the analyst rather argues that next year's iPad 6 could offer users "more competent visuals" through increasing the tablet's pixel density by between 30 and 40 percent. He explains:

Contrary to speculation that next year’s iPad next year may come in a 12” form, or larger, we think it will not change from the current 9.7” format as we think a 12” iPad would not provide a good mobility experience given today’s technology limitations. In light [of] advancing Oxide and a-Si technologies, the PPI of iPad 6, which we expect to come out at end-2014, will exceed that of 2013’s iPad 5 by 30-40%, which will offer more competent visuals.

This is surprising news, however. Given that the 9.7-inch iPad has for some time featured a Retina display, which offers a resolution so high the human eye can't perceive individual pixels, further increasing the pixel density of the tablet isn't a move many had previously expected Apple to make. In addition to this, Kuo adds that he's expecting the second-generation iPad mini, which is rumored to be announced later this month at a special event on Oct. 22, to adopt a high resolution Retina display. We'll keep you updated with further information as we receive it. In the meantime, see: Batman: Arkham Origins Coming Soon To iOS As Free-To-Play Title, Today's Best Apps: Jewel Quest And Mosaika, and Today's Apps Gone Free: Strong, Step Out!, Gravity Duck And More. 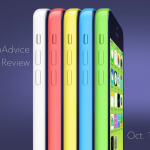 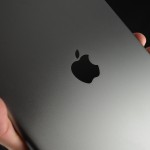 The Clearest Images Yet Of Apple's iPad 5 Are Leaked
Nothing found :(
Try something else