You are using an outdated browser. Please upgrade your browser to improve your experience.
by Joe White
October 10, 2013
In the British Isles, carrier Vodafone has announced that its 4G LTE network - which first launched in London during August - is set to appear in three new cities by the end of this month: Liverpool, Glasgow, and Manchester. The network, which also launched in Birmingham, Coventry, Leicester, Nottingham, and Sheffield in September, offers British iDevice owners a 4G LTE alternative to Everything Everywhere (EE) - the carrier which dominated the country's 4G LTE market up until earlier this year. Further 4G LTE carriers in Britain now also include O2 UK and 3, with the latter carrier planning on unveiling its service later this year. In a post added to Vodafone's blog, the carrier explains that additional coverage is incoming:

We’ll be switching on 4G in Liverpool on 17 October, in Glasgow on 24 October and in Manchester shortly afterwards. That’s all part of our mission to bring Vodafone 4G to 98 per cent of the UK population by 2015.

More than 100,000 Britons have signed-up for the carrier's 4G LTE-ready plans, and as such, these subscribers can enjoy free access to either Sky Sports Mobile TV or Spotify Premium. The offer is made in order to encourage customers to sign-up with Vodafone, rather than an alternative carrier. However, in terms of 4G LTE coverage, EE still reigns supreme. See also: Delicious Official App For iPhone And iPod touch Gets Redesigned For iOS 7, Apple Looking To Hire Beijing-Based China Mobile Expert, and Smurfs' Village Welcomes Gutsy Smurf, Halloween Decorations And More. 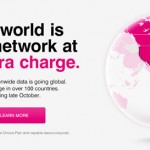 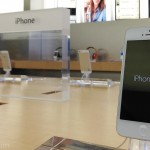 Apple To Launch Its In-Store iPhone Trade-In Program Overseas In Britain, Europe
Nothing found :(
Try something else