You are using an outdated browser. Please upgrade your browser to improve your experience.
by Bryan M. Wolfe
October 23, 2013
On Tuesday, Apple unveiled plenty of new toys, including the iPad Air, and iPad mini with Retina display. Still, Apple kept some things off the menu.

Reports earlier this year suggested that a hardware refresh for Apple’s “hobby” product was imminent. Now that this hasn’t happened, one has to wonder what this means for the long-rumored “iTV.” The Apple TV last received a significant update in March 2012.

As Brent Dirks noted previously, Apple surprised many for not including Touch ID on either the new iPad Air or iPad mini with Retina display. Most likely, supply constraints are the reason the fingerprint feature didn’t make the jump from the iPhone 5s to iPad.

Earlier this month, former Apple employee Jamie Ryan suggested that Apple would release a line of Smart Covers that included an attached keyboard. That didn’t happen. Instead, Apple unveiled slightly modified Smart Covers and Smart Cases for the new iPads.

No one was expecting Apple to announce its own smart watch. They didn’t disappoint.

As I noted on Tuesday, this is the first time since 2001 Apple failed to refresh its iPod lineup.

The Mac mini and non-Retina MacBook Pro have become the only OS X products not updated in 2013. This follows yesterday’s launch of a next-generation MacBook Pro with Retina display.

Earlier today, I suggested to my editor that perhaps Apple was prepping a third "special event" for November, which would cover the Apple TV and new iPods. He thought that would be one event too many for Apple for this fall, and I agree. Still, I find it interesting that Apple didn't update the iPod line for the first time in 12 years. That just doesn't sound right, no? See also: AppAdvice Takes A Hands-On Look At The iPad mini With Retina Display, Apple's New Cellular iPads Will Be Available With The So-Called 'Uncarrier' T-Mobile, and In The UK, How Does Apple's New iPad mini Compare Against Its Competition? 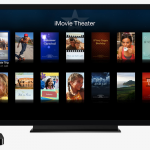 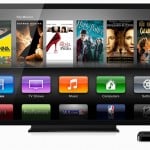 Expect Apple's 4K HDTV Product In 2014, One Analyst Claims
Nothing found :(
Try something else