You are using an outdated browser. Please upgrade your browser to improve your experience.
by Joe White
October 29, 2013
It looks like Tiger Style has a brand new iOS game in the works called Blackbird Estate. Though little is known about the forthcoming title, the iOS developer noted in a Twitter update that the "first reveal" of its "new game" was about to take place, and around the same time a curious website, www.blackbirdestate.com, went live. We're not sure if the website is the reveal Tiger Style mentioned, or if something more is going to occur in the near future; the Blackbird Estate website itself merely offers concept art, links to Tiger Style's Twitter account (@tigerstylegames) and Facebook page, and the option of subscribing for more information. There's also a Buddha quotation in the bottom-right corner of the Web page:

Three things cannot be long hidden: The Sun, The Moon, and The Truth.

Curiously, the website also asks for permission to access users' location, though as of this writing there's no indication how one's location is being used. Could Tiger Style have something planned in this respect? Of course, the news alone that Tiger Style is working on a new iOS game should have iDevice users excited. As a reminder, the developer's two previous titles for Apple's mobile OS, Spider: The Secret of Bryce Manor and Waking Mars, have proved to be incredibly popular. We'll keep you updated with further information on Blackbird Estate as we receive it. In the meantime, see: Ahead Of Sochi 2014, The IOC Releases The Olympic Athletes' Hub App For iPhone, Another Report Claims Apple's "iPhone 6" Will Be A Phablet, and The Other Side Of The Pond, EE Further Expands Its 4G LTE Network In Britain. 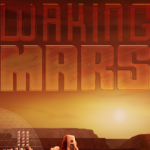 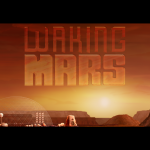 Wake Up To The Wonders Of Waking Mars, Now With Full Retina Display Support
Nothing found :(
Try something else