You are using an outdated browser. Please upgrade your browser to improve your experience.
by Joe White
October 29, 2013
Over in the United Kingdom, Everything Everywhere (EE) has further expanded its impressive 4G LTE network, adding support for a handful of additional towns and cities. The carrier explains that support has now been added to Benfleet, Caerphilly, Caldicot, Canvey Island, Carlisle, Chepstow, Cwmbran, Grays, Harlow, Hatfield, Kenilworth, Rayleigh, Southport, and Worksop, meaning that a total of 131 towns and cities are now supported by EE's 4G LTE network. Olaf Swantee, chief executive officer of EE, said in a press release:

One year on from our launch we are bringing 4G to even more places, making the UK’s fastest mobile network available to even more people. We continue to grow our 4G coverage all around the country, and the new range of plans gives consumers and businesses more flexibility and choice in how they access superfast mobile.

EE has set itself the target of covering 98 percent of the British population by the end of 2014, and as if that wasn't enough, the carrier is also in the process of rolling out its double-speed 4G LTE service, too. Double-speed 4G LTE from EE offers users cellular download speeds of up to 80 Mbps, and supported cities include Belfast, Birmingham, Bristol, Cardiff, Derby, Edinburgh, Glasgow, Leeds, Liverpool, London, Manchester, Newcastle, Nottingham, Sheffield, Southampton, Sunderland, Sutton Coldfield, Walsall, West Bromwich, and Wolverhampton. EE has indeed been rolling out its super fast service at a super fast speed, but this is just as well. Though Britain's one-time exclusive 4G LTE service provider, this is no longer the case, and EE is now facing competition from the likes of O2, Vodafone, and 3. We'll keep you updated with further information as we receive it. Remember, if you're based in Britain, be sure to take a look at our AppAdvice International column. See also: Apple's iPhone 5c Wasn't Ever Meant To Be Entry-Level, Cook Explains, Tim Cook Hints That 'New Product Categories' Could Come From Apple In 2014, and Tim Cook Thanks Staff In Email, Holding Employee Meeting Today . 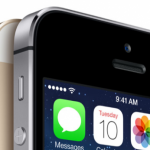 Apple Expected To Confirm Nov. 15 Date For The Fourth Wave Of Its iPhone 5s Launch
Nothing found :(
Try something else