You are using an outdated browser. Please upgrade your browser to improve your experience.
by Joe White
November 22, 2013
The holiday season is now in sight, and as such Apple is encouraging customers to pick up an iPad through the addition of a brand new Web page called "Life on iPad." There, the Cupertino, Calif. company shares a number of impressive stories outlining how the iPad has been used to help different people achieve incredible goals. Apple's main attraction is a video, in which six different stories (see below) are introduced. However, some of you will of course remember that the Life on iPad video was first presented to the media towards the beginning of Apple's October event, before the iPad Air and iPad mini with Retina display were announced. Apple explains at its website:

We designed iPad to be the best tool for all the things you do. But we never imagined where you'd end up taking it. Here are just a few stories.

As mentioned, a total of six different stories are outlined in the Life on iPad film: "Balancing work at new heights," "Finding the extra edge," "The modern making of a vintage," "Gearing up for the win," "Leading moves on Broadway," and "New eyes for hands-on surgery." Each section of the film also comes with its own accompanying Web page, where more information on the innovative use of Apple's iPad is provided. The former section of the film discusses Siemens' Energy-Wind Service, and how the iPad is helping technicians work atop wind turbines. Apple explains at its website:

Most people wouldn’t choose the challenge of working 250 feet off the ground, in extreme temperatures and unpredictable weather. But the technicians at Siemens Energy-Wind Service are working to help transform an industry. “Our technicians really believe in what they’re doing,” says Jennifer Dillon, Siemens manager of business improvement. “They’re on the front line, and they’re helping to change the way energy is generated.” And iPad is changing the way they do their work. Before iPad, technicians needed multiple binders, service manuals, and electrical plans — over a thousand pages of materials — craned up to them before they could begin maintenance or repairs. And that didn’t include laptops or additional supporting materials they might need. 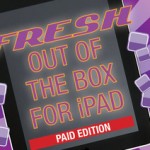 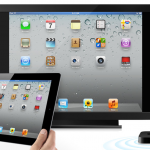