You are using an outdated browser. Please upgrade your browser to improve your experience.
by Aldrin Calimlim
November 6, 2013
"It was fun while it lasted." That's the closing line of an update recently posted by Mordy Tikotzky, the developer behind Apple Tracker, which, as it turns out, is now defunct. Apple Tracker was a simple Web app that checked Apple's inventory in order to help prospective buyers find out which Apple Retail Stores had their preferred iPhone 5s and iPad Air models in stock. Unfortunately, there's no longer an app for that. According to his goodbye note on the site that hosts the tool, Tikotzky has to shut Apple Tracker down, following his receipt of a DMCA takedown notice from Apple. Dated Oct. 17, the takedown notice claims that Apple Tracker is "unlawful because, among other things, the page scrapes and collects data from apple.com in violation of the apple.com Internet Service Terms of Use (see: http://www.apple.com/legal/internet-services/terms/site.html) and Heroku Acceptable Use Policy." Here's the relevant stipulation regarding Apple Tracker's use of Apple.com, from which the tool's displayed data were sourced:

Your Use of the Site. You may not use any “deep-link”, “page-scrape”, “robot”, “spider” or other automatic device, program, algorithm or methodology, or any similar or equivalent manual process, to access, acquire, copy or monitor any portion of the Site or any Content, or in any way reproduce or circumvent the navigational structure or presentation of the Site or any Content, to obtain or attempt to obtain any materials, documents or information through any means not purposely made available through the Site. Apple reserves the right to bar any such activity.

And here's the pertinent proviso concerning the acceptable use of Heroku, the platform on which Apple Tracker ran:

Your use of the Heroku Services must comply with all applicable laws, regulations and ordinances, including any laws regarding the export of data or software.

So, the bottom line is, Apple Tracker has been terminated on account of its being a Web app that functions through automated scraping and copying of data from Apple.com — something that, according to Apple, is a big no-no. Well, it was indeed fun while it lasted. I guess we'll just have to go back to doing the dirty work ourselves when trying to find out where our coveted iPhone 5s and iPad Air models are available. 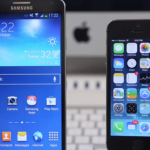 Apple Holds Over 40 Percent Of US Smartphone Subscribers, But Samsung Is Gaining 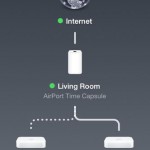 Apple Updates AirPort Utility App With Support For 64-Bit A7 Processor
Nothing found :(
Try something else