You are using an outdated browser. Please upgrade your browser to improve your experience.
by Joe White
November 19, 2013
Apple is in the process of launching a new holiday-themed display in the front windows of its Apple Retail Stores. The display (pictured above) advertises both the iPhone 5c and iPad Air, and uses LED lights to simulate falling snowflakes. Apple employees have reportedly described the display as "spectacular," and customers are so far in agreement. The news comes from 9to5mac, which explains that the displays will be appearing in Apple Retail Stores from this week onwards, and should remain until January 2014. Below, we've included a couple of additional images. Most importantly, of course, the displays are semi-transparent, allowing customers to see through and into the Apple Retail Store behind. Later this month, Apple is expected to discount its Macs, iDevices, and accessories for Black Friday, and in December the Cupertino, Calif. company is closing down iTunes Connect for Christmas (as usual). This time around, Apple is closing its services between Dec. 21 and Dec. 27. Of course, next year Apple's new retail boss Angela Ahrendts is set to reach Cupertino, and it's anticipated that changes to the company's Apple Retail Stores could soon surface as a result. The Burberry chief executive officer has made a sustained effort to create an immersive shopping experience at the label's retail locations through the use of Internet services and in-store displays, tablets, and computers. Be sure to look out for the aforementioned snowflake design at your local Apple Retail Store. We'll keep you posted with further information on Apple's retail work as we receive it. See also: Apple Now Accepting Water-Damaged iPhones For Its Trade-In Program, Google Slapped With $17 Million Fine To Settle Multi-State Safari Privacy Probe Suit, and AppAdvice International: iPad mini, iPhone 5s Shipping Times, iAd Workbench. 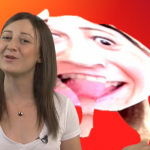 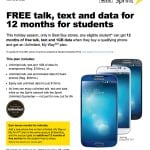 Sprint, Best Buy Offer Students Free Text, Talk And Data For A Year With Phone Purchase
Nothing found :(
Try something else