You are using an outdated browser. Please upgrade your browser to improve your experience.
by Joe White
November 2, 2013
In a significant move, Apple's iPhone is now available to purchase "on-contract" in India, the world's second-largest smartphone market. Due to the previously unsubsidized nature of the smartphone, sales of the iPhone in India hadn't been so impressive. As outlined in our most recent edition of AppAdvice International, purchasing the handset outright is costly in the country; in India, the iPhone 5s, for example, carries a price tag of around $1,000. Because of this, the launch of the iPhone 5s and iPhone 5c in India on Nov. 1 wasn't expected to impress consumers. Now, however, we're hearing from The Wall Street Journal that one Indian carrier, Reliance Communications Ltd. (the third-largest network in the country), is offering both the iPhone 5s and iPhone 5c subsidized on a two-year contract. The publication explains:

The contract system, which is widely prevalent in other parts of the world, is a rarity in India. Telecom operators in India don’t subsidize the handset for their subscribers as the lack of a universal data base–such as the U.S.’s social security number–makes it difficult to track users and determine their credit worthiness.

Reliance Communications explained that it is offering the iPhone 5s for 2,999 rupees ($48.50) per month and the iPhone 5c for 2,599 rupees ($42.10) per month. This includes phone and cellular data usage. Reports have also claimed that Apple is hoping to increase its share of the Indian smartphone market through selling in smaller towns, where the Cupertino, Calif. company's "loyal following" is nevertheless present, albeit on a smaller scale. Before this, we'd heard that Apple had reduced its iDevice profit margins in India, too. China and India, being the largest and second-largest smartphone markets in the world, respectively, are clearly at the forefront of Apple's work overseas. In the former country, the iPhone is rumored to launch with China Mobile - China's largest carrier - in a move that is expected to see Apple's share of China's smartphone market rocket. We'll keep you updated with further information, and be sure to check on our AppAdvice International column for more news concerning Apple's work outside of the United States. See also: Beware Of Zazz And The Rest Of The Deadly Six In Sega's Newly Updated Sonic Dash, Rhapsody Launches New Personalized Radio Stations Alongside iOS 7 Redesign, and Groupon Apps For iPhone And iPad Updated With Improved Searching And Browsing. 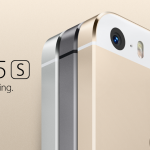 How Apple Is Replacing Battery Afflicted iPhone 5s Handsets
Nothing found :(
Try something else