You are using an outdated browser. Please upgrade your browser to improve your experience.
by Joe White
November 27, 2013
Hon Hai Precision Industry Co. (known to most of us as Foxconn) has increased production of Apple's flagship iPhone 5s handset, at the expense of the iPhone 5c model, according to a recent report. The news comes from The Wall Street Journal, which in a recent article claims that Foxconn has 100 production lines operating around the clock at its plant in Zhengzhou (northern China), all of which are working towards producing iPhone 5s handsets and components for Apple. Incredibly, each individual production line consists of around 600 workers, meaning the Zhengzhou plant has 60,000 employees working on the flagship smartphone. The information comes from an unnamed Foxconn executive, who reportedly said:

We have been churning out about 500,000 iPhone 5Ss everyday, the highest daily output ever. For the iPhone 5C or the iPhone 5, we only have 500 workers per production line as the assembly procedure is less complicated. Although the market had concerns over demand for the new iPhone before its launch, our Zhengzhou site’s production capacity for iPhones has continued to grow over the past two years.

Of course, following its release demand for the iPhone 5s handset meant that stock of the smartphone soon depleted, and this took some time to replenish. Now, however, as we continue to approach the holidays, iPhone 5s shipping estimates are gradually improving in countless countries around the world. The aforementioned news comes just one day after we explained that iPhone 5s availability is now at 90 percent in U.S. Apple Retail Stores. As a reminder, Piper Jaffray analyst Gene Munster found that 99 percent of AT&T SKUs are in stock at Apple's retail locations. "This number slips to 98 percent for Verizon Wireless models," we explained. "Meanwhile, just 72 percent of Sprint SKUs are in stock at this time." Our article continued:

These numbers are a significant improvement from where they were just a few weeks ago. On Oct. 11, Munster reported that just 6 percent of iPhone 5s SKUS were in stock. Soon after the new handset was released in September, that number stood at 27 percent. In total, 90 percent of iPhone 5s models are in stock as of Nov. 25. This is down slightly from the 95 percent availability of iPhone 5 models on the same date a year ago.

It's no surprise that with 500,000 iPhone 5s handsets being produced each and every day, availability has been seen to increase across the United States and in countless international territories. In the U.S. Apple Online Store, shipping estimates for the on-contact handsets are three to five business days for each model. We'll keep you updated with further information as we receive it. In the meantime, see: Mystery Unraveled: Tiger Style's Game Is Spider Sequel, Launching Early Next Year, Bike2Power Launches Waterproof Smart Mount For iPhone 5s, and Pod Wrangler's First Major Update Makes For Easy On-The-Go Podcast Listening. 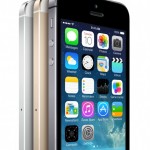 Apple iPhone 5s Availability Rises To 90 Percent In The US 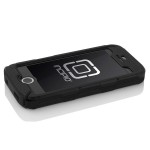