You are using an outdated browser. Please upgrade your browser to improve your experience.
by Bryan M. Wolfe
November 1, 2013
We can still get our news from the Internet on a Mac or PC, of course. However, Web browsing is no longer the preferred method for most of us, thanks to the emergence of mobile devices and apps. When surfing the Web meant sitting in front of a desktop or laptop, many used iGoogle.com as our personalized home page. The product is no longer available, as of today, Nov. 1. Google announced iGoogle’s demise in July 2012, so this news didn’t come as a surprise. As an alternative, Google is pointing users to its new app launcher grid tool that is available on the Web, on Android, on Chromebooks, and in the Chrome browser. Google removed iGoogle support from Apple's iPhone in 2009. All iGoogle user data has now been “permanently, and irrevocably deleted,” according to a posting on the iGoogle Developer Blog. This isn't the only product Google has killed this year. Google Reader, Latitudes, and Google+ Local have also gone away in recent months, as have some of its other consumer products. See also: Google's Hangouts iOS App Says Hello To Voice Calling And Other New Features, Google Maps Update Brings Faster Access To Navigation, and Snapseed Update Adds HDR Scape Filter And A Shadows Slider. 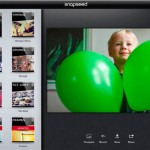 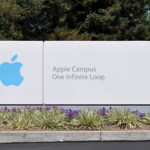