You are using an outdated browser. Please upgrade your browser to improve your experience.
by Joe White
November 18, 2013
It seems that today is mash-up Monday, for sure. Because following Jungle Rumble, an endless runner-style shooter, comes the news of another iOS genre-mash up called Super Sky Hero, which has launched on Kickstarter and aims to combine elements of classic side-scrolling gameplay with the run-and-gun genre. Inspired by classic titles such as R-Type, Gradius, Contra, and Metal Slug, Super Sky Hero looks to be a fun, colorful, and addictive game for Apple's iDevices. "Take control of the last remaining member of the Rocket Rescue team, take down any enemies in your path, dodging enemy bullets and obstacles," developer Justin Fletcher explains at the project's Kickstarter Web page. Super Sky Hero's gameplay appears to be made up of three distinct sections. The first is a conventional side-scrolling shooter, and gamers must shoot down their enemies from within a high-speed jet. In the second section, iDevice users appear to be able to have their character jump from this craft, in order to rescue allies. The third aspect of Super Sky Hero's gameplay sees the app's protagonist "run-and-gun," in a distinct genre shift. Replays will allow gamers to improve on their Game Center-recorded high scores, and Fletcher promises that impressive boss fights are in the cards, too, but hasn't revealed further details (as of this writing). Below, we've included a trailer video for the forthcoming title, which shows off some of Super Sky Hero's alpha gameplay. http://www.youtube.com/watch?v=OYsHn8dKQ1U&feature=player_embedded

Provided the project reaches its funding goal of $7,000, Kickstarter backers can secure a copy of Super Sky Hero for a pledge of $5. For more information, be sure to take a look at the project's Kickstarter Web page. See also: Baby Lava Bounce To Get The Zombie Treatment In New Game, Zombie Volcano, Review: Withings' Pulse Offers iDevice Users A Different Kind Of Activity Monitor, and Following User Feedback, LinkedIn Pulse Gains Several Notable Enhancements. 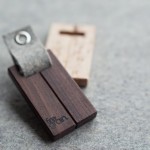 Say Hello To The Coburns, A Two Piece Wood Stand For iPad
Nothing found :(
Try something else