You are using an outdated browser. Please upgrade your browser to improve your experience.
by Joe White
November 4, 2013
One new Indiegogo campaign aims to provide a better Qi wireless charging experience for iPhone, iPad, and iPod touch owners. Called iQi Mobile, the product advertised provides a credit card-sized Qi receiver, which can then pair up with a charging pad in order to power up an iDevice wirelessly using the inductive power standard. Though this method requires that users carry their iPhone or iPad around in a soft case, it's a whole lot better than some of the most popular Qi for iOS solutions on the market. You see, because Apple's iDevices don't support Qi charging natively (like Google's Nexus 5 and Nexus 7, for example), a "receiver" must be hooked up to the smartphone or tablet before it can be coupled with a charging pad. This, in turn, means plugging your iDevice (and, more commonly, your iPhone), into a bulky case similar to the chunky case-batteries offered by the likes of Mophie. More than a few millimeters are added to the handset's dimensions when Qi-charging using this particular means. However, iQi Mobile is different. The Qi iOS receiver the project advertises is actually around the size of a credit card, and as mentioned, it can therefore be slipped behind an iPhone or iPad, while the iDevice is housed within a soft case. If you really wanted to, you could even tape the iQi Mobile receiver to the back of your smartphone, tablet, or case, if the fit is too tight. This small receiver connects to one's iDevice using a Lightning connector ribbon, which can be safely plugged into an iPhone or iPad and left there. After configuring iQi Mobile in this way, when you rest your iDevice on a Qi charging pad (such as the one pictured above), your smartphone or tablet will charge wirelessly. Impressive, right? There are two separate iQi products in the pipeline: iQi Mobile, which is compatible with the iPhone 5s, iPhone 5c, iPhone 5, and the fifth-generation iPod touch, and iQi Air, which is compatible with both the iPad Air and iPad mini (we're assuming both the first- and second-generation models). Though iQi Air will only be available to access if the project reaches a $30,000 milestone. In order to get hold of an iQi Mobile receiver, you'll need to contribute at least $25 using the product's Indigogo campaign. However, in order to receive an iQi Mobile receiver along with a Qi wireless charging pad, a contribution of $50 is required. For iQi Air, and provided the project amasses more than $30,000, a contribution of $50 will be required. The campaign will receive all funds even if it doesn't meet its $30,000 goal, and iQi products are expected to reach backers in December of this year. For more information, head over to iQi Mobile's Indigogo project page, or take a look at the below video. http://www.youtube.com/watch?v=S_gAnsLDJ-w 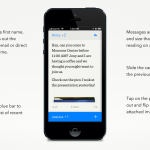 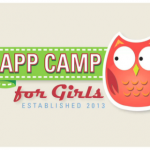 App Camp For Girls Hopes To Get More Girls Coding iOS Apps
Nothing found :(
Try something else