You are using an outdated browser. Please upgrade your browser to improve your experience.
by Joe White
November 13, 2013
There's been a lot of chatter concerning a possible Apple-designed TV set this past year, and in a new research note Ming-Chi Kuo with KGI Securities argues that the anticipated product isn't set to arrive until 2015. Next year, in 2014, however, he claims Apple will instead launch a refreshed Apple TV powered by its 64-bit A7 processor. The news comes following a similar report from NPD DisplaySearch, which suggested that wearable iDevices - and possibly the long-rumored "iWatch" - could launch in 2014, but not a so-called "Apple HDTV." This, DisplaySearch suggested, had been shelved until 2015, in order to provide Cupertino with the chance of sooner competing in the "wearables" market. Now, analyst Ming-Chi Kuo has offered his opinion concerning Apple's television-based plans, which appears to corroborate with the above. As a reminder, the analyst has a variable track record: he correctly predicted that this year's new iPads wouldn't feature Touch ID, for example, after incorrectly claiming that no second-generation iPad mini would launch at all. His comments arrived in a research note that was obtained by 9to5mac:

We expect Apple to launch a new version of the Apple TV with an A7 processor in 2014, and we forecast 2014 shipments to total 8.2mn units. Shipment growth will be limited unless Apple is able to integrate more TV content, services and its App Store, in our view. We believe the slowdown in Apple TV shipments suggests Apple faces challenges in integrating TV content and services. If Apple wants to launch iTV, the challenges of integrating content and service are more difficult considering the different TV content ecosystems (e.g. cable operators) in various countries. Moreover, establishing an iTV supply chain is very costly. Thus we believe iTV launch will be delayed to end-2015 or early 2016 at the earliest.

Apple had been expected to refresh its Apple TV earlier this year, during the month of October. This, of course, didn't happen, leaving many wondering whether an Apple TV refresh had simply been postponed, or if a more advanced television product was set to replace the $99 set-top box. The Apple TV has indeed been receiving additional channels over the past few months, and back in July both Tim Cook and Eddy Cue attended the Sun Valley Conference in Utah, where "King of Cable" Liberty Media Corp. Chairman John Malone was said to be holding meetings with certain other attendees. All of this indicates that a television product from Apple could be in the works, but nevertheless leaves us in the dark with regard to a potential release date. If Kuo is right, it could be that we're still a couple of years off seeing an Apple-designed television set reach the market. We'll keep you updated with further information as we receive it. In the meantime, see: Our First Look At The New iPad mini: Unboxing, Overview, Benchmarks, Stay In The Game: Sony Launches Official PlayStation 4 Companion App For iOS, and Warner Bros. Looking To Make Movie Based On Temple Run With "Harry Potter" Producer. 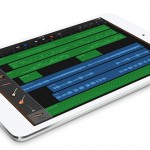 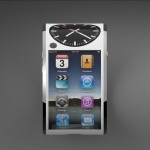 Wearable Devices, Not The 'iTV' Are In Apple's Immediate Future
Nothing found :(
Try something else