In a recent email sent out to iOS developers, Apple has confirmed that a “Games” category has launched in its Costa Rican and Qatari App Stores.

The news comes following a similar move made earlier this year, when Apple launched iOS games in the South African App Store. Now, iDevice users in Costa Rica and Qatar can enjoy browsing through a new selection of iOS games in their local App Stores, too.

For iOS developers, games will appear by default in the Costa Rican and Qatari App Stores, provided their applications have been approved for sale in each country. Here's a screenshot of the email Apple sent out to developers, in which the news was confirmed:

Remember, for more international news concerning Apple, be sure to keep up to date with our weekly AppAdvice International column. 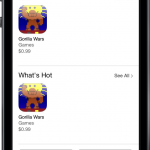 The App Store Is Experiencing Problems With Subcategory Listings 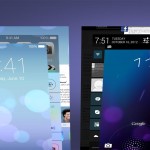 Developers Are Still Making The Most Money In The App Store Versus The Google Play Store
Nothing found :(
Try something else