You are using an outdated browser. Please upgrade your browser to improve your experience.
by Joe White
December 2, 2013
On the hunt for a multifunctional iPhone case? Consider Apple Worm: an iPhone case that houses a Lightning cable that can charge up the smartphone or sync it with iTunes, but which also doubles up as a clever stand for the handset. The case is available to purchase through Indiegogo from $20, and is compatible with the iPhone 5s, iPhone 5c, and iPhone 5. As you can see, the Apple Worm's worm-like data cable is stored at the back of the case, and can be detached entirely in order to charge the enclosed iPhone. To use this Lightning cable as a stand, however, users must bend the cable and clip it into the case; the iPhone can then be propped up while housed within the product. Apple Worm's product Web page asks: It's a clever concept, for sure; and for $20, Apple Worm isn't expensive, either. But if you were hoping to get hold of the product in time for Christmas, the case is unfortunately shipping from January 2014. There are plenty of colors, and for a higher price users can get hold of a different selection of colored cases. If you're interested, head over to Apple Worm's Indiegogo Web page. There, you can preorder the case from $20. See also: Review: Slope Could Be The Best iPad Stand You’ll Ever Use, Zagg Launches Impressive Cyber Monday Deals, Offers Some Products At Half Price, and Amazon's New Kindle Fire HDX Ad Mocks None Other Than Jony Ive. 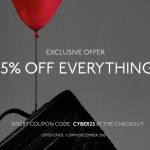 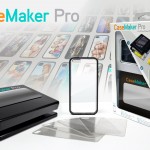 Get Creative: Make Your Own iPhone Picture Cases Using Case Maker Pro
Nothing found :(
Try something else