It looks like Apple's flagship Apple Retail Store in Brisbane, Australia is set to open its doors in the near future. Because following a period of construction (including a delay), barricade signage has appeared outside the forthcoming Apple Retail Store indicating that its launch should occur in under two weeks.

The prediction comes from ifo Apple Store’s Gary Allen (@ifostore), who noted in a Twitter update that Apple Retail Store barricade signage usually appears around 10–14 days before the store itself opens for the general public. On this basis, he predicts a launch date of Jan. 10–11 for the Brisbane Apple Retail Store.

Apple store barricade signage usually appears 10-14 days ahead of a grand opening. So a Jan. 10th or 11th event for Brisbane seems in order.

Earlier this year, the same retail store suffered a delay in its construction process due to complications surrounding the installation of a modern retail store within an historic building. However, these problems were soon corrected, and subsequent blueprints discovered back in August indicated that construction on the retail store was continuing.

Though a launch date of October 2013 had originally been predicted, it now indeed looks like Australians should expect the Brisbane Apple Retail Store to launch in mid-January, around Jan. 10–11. 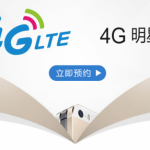