China Mobile is set to offer preorders for Apple's iPhone from this Thursday, Dec. 12, according to an online advertisement.

The news reached us from The Wall Street Journal, which draws attention to China Mobile's online ad in a recent report. The carrier's advertisement (pictured above) appeared on its Shanghai website, and states: “4G is here!” There, subscribers are invited to preorder Apple's iPhone, however the online preorder system is not presently working.

After attempting to preorder an iPhone using China Mobile's website, The Wall Street Journal contacted the carrier directly, asking when online orders for Apple's smartphone will launch. According to the publication, a China Mobile representative stated that preorders for the iPhone will go live this week, on Dec. 12.

Customers can begin to preorder for our new 4G services from Dec. 12 through the company’s website and some dedicated branches in Shanghai. But we will only start providing commercial 4G services after Dec. 18.

China Mobile's website adds that its TD-LTE service will launch in Beijing, Shanghai, Guangzhou, Tianjian, Shenzhen, and Nanjing by the end of this year.

You'll remember that a China Mobile iPhone deal has been a long time in the making, and dates as far back as 2009; the courtship between Apple and the carrier intensified in recent months, however, amid increasing rumors claiming that an iPhone launch with the network was imminent.

Of course, a China Mobile deal is more significant for Apple than most other carrier contracts. As the biggest carrier operating in the world's largest smartphone market, China Mobile has the potential to score huge revenue for the Cupertino, Calif. company; its 740 million subscribers could help double Apple's share of China's smartphone market by 2014, and analysts have predicted that the carrier could account for as many as 24 million iPhone sales next year alone.

In the meantime, see: How You Can AirPlay Music To An Unsupported Bluetooth Wireless Speaker, Easy-To-Use Presentation App SlideIdea Updated With Video Widgets, Animations And More, and Apple Joins Google, Microsoft And More To Appeal For A Reform To NSA Surveillance. 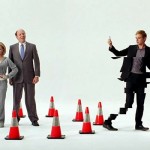 T-Mobile To Bring Enhanced 4G LTE Network To The Masses 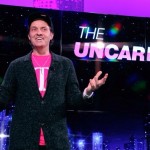 T-Mobile Calls AT&T's Refreshed No-Contract Plans 'A Price Hike For Customers'
Nothing found :(
Try something else