For British Apple TV owners, a lack of sports coverage has long been a particular downside to using the set-top box as one's exclusive television service. But that's now changed thanks to Now TV, which has launched a pay-as-you-go Sky Sports service for Apple TV users living in Britain.

Now TV's “Sky Sports Day Pass” costs £9.99 and, as its name suggests, it provides users with one day of access to Sky Sports' six channels. Live programing is offered for 24 hours from the moment of purchase, and the £9.99 fee will of course be billed to one's Apple ID. Gidon Katz, Director of NOW TV, said: “It’s been a busy year for Now TV as we continue to widen access to our top-quality content by launching on popular platforms our customers use.”

The Now TV Sky Sports Day Pass is perfect for sports fans with Apple TV who want the flexibility to choose which live events they want to watch from the comfort of their sofa.

Though better than nothing, picking up even a couple of days of coverage each month using Now TV's Apple TV channel will soon add up; at £9.99 per pass, this is an option that super-casual sports fans, rather than diehards, will be suited to.

Only yesterday, we explained that regular updates to the Apple TV adding further channels have helped fuel its success. Earlier this month, ABC, Bloomberg, Crackle, and KORTV channels were all added to the Apple TV; back in November a Yahoo Screen and PBS channel also launched, and a minor software update improved AirPlay Mirroring.

Now, Apple TV users in Britain have another reason to ditch their satellite TV service for Apple's set-top box.

Are you tempted to make the switch, or are you instead planning on holding out for a fully-fledged HDTV product from the Cupertino, Calif. company? 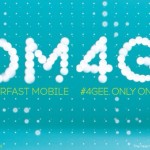 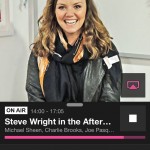 BBC Updates Its iPlayer Radio App For iOS 7, Adds Improved Support For 4-Inch Screens
Nothing found :(
Try something else