You are using an outdated browser. Please upgrade your browser to improve your experience.
by Joe White
December 2, 2013
In a new report from Kantar Worldpanel ComTech, Apple's share of the smartphone market is shown to have been given a boost in the wake of its iPhone 5s and iPhone 5c launch. Of course, the iPhone 5s remains the most popular of the two handsets by a long way, and is outselling the iPhone 5c at a rate of three to one in Britain. Dominic Sunnebo, strategic insight director at Kantar Worldpanel ComTech, explains in the report: "In almost all markets, the iPhone 5s and 5c releases have given iOS a significant bounce compared to the previous month." It's no surprise, then, to hear that Apple's share of the smartphone market in a countless countries has increased. In Europe, however, it seems the Cupertino, Calif. company could soon find itself threatened by Microsoft's Windows Phone platform. Here, Google's Android dominates the smartphone market, which is largely made up of Britain, France, Germany, Italy, and Spain, and holds onto a 70.9 percent share, Kantar explains. Apple's iOS is in second-place with a 15.8 percent share. Yet surprisingly, citing "rapid growth," Microsoft's Windows Phone is declared to have taken the No. 3 position and holds a share of 10.2 percent of European smartphone sales. In further international countries the results are even more "spectacular," Sunnebo adds:

In Japan, where the iPhone is now available via the country’s largest carrier NTT DoCoMo, Apple’s share hit 76.1% during October. In the US, Apple’s October share reached 52.8%. Mainland Europe remains more challenging for iOS, particularly in markets like Italy and Germany where handset subsidies are far lower. Britain is more positive; iOS sales share is now at 28.7% for the last 3 months, with sales driven by the higher-end 5s model which has outsold the 5c by three to one since their release.

Despite the popularity of the iPhone 5s, however, Kantar notes that Apple's iPhone 5c has importantly encouraged a demographic of consumers to try Apple's smartphone platform "for the first time." In fact, almost half of all iPhone 5c purchases were made by customers switching over from competing brands, the report explains. On the other hand, 80 percent of iPhone 5s sales were made by those upgrading from a previous iPhone. Below, we've included images provided by Kantar, which offer an up to date overview of the smartphone market in both the United States and overseas. See also: Apple Worm Case For iPhone Hides A Lightning Cable, But Doubles As A Stand, Review: Slope Could Be The Best iPad Stand You’ll Ever Use, and Zagg Launches Impressive Cyber Monday Deals, Offers Some Products At Half Price. 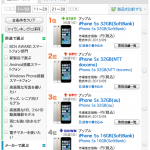 In Japan, Apple's New iPhones Take 9 Out Of Top 10 Smartphone Sales Rankings
Nothing found :(
Try something else