Apple's long-rumored iWatch is set for an October 2014 launch and will also charge wirelessly, if one recent report is to be believed.

The news comes from the Chinese-language website C Technology, and the report makes several claims. First, Apple has been testing two particular smart watch prototypes, according to the publication, and a final product is scheduled to reach consumers alongside the eighth-generation iPhone in October 2014. Apple is also said to be including wireless charging technology in the so-called iWatch, which will allow the product to recharge up to one meter away from a charging station.

In this respect, it's hoped Apple's smart watch will succeed where Samsung's Galaxy Gear failed. Because the Galaxy Gear requires a plug-in, wired recharge each and every night, it is impossible for the smart watch to double as an at-the-wrist silent alarm or as a sleep activity monitor - two features the iWatch is expected to include. Wireless charging would of course mean that users will be able to have their Apple-made smart watch recharge at one or multiple locations without having to take the product off their wrist.

However, according to C Technology, the Cupertino, Calif. company hasn't decided on everything yet.

Namely, the publication claims that Apple hasn't yet decided on a screen size for its smart watch. As a reminder, reports and rumors have indicated that the company could be working on two sizes for its iWatch - one of 1.7-inches designed for men, and another of 1.3-inches designed for women.

Of course, wearable technology is beginning to establish itself as an important market, even without smart watch products from the likes of Apple, Google, or Microsoft. If a recent report has it right, shipments of so-called “wearables” will have increased by 10 times in the next five years. It'll certainly be interesting to see if Apple enters this market in 2014; we'll keep you updated with further information as we receive it.

If you're interested in hearing more about an iOS-compatible smart watch, take a look at: My First Month With The Pebble Smart Watch. 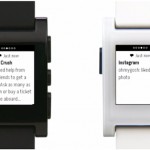