You are using an outdated browser. Please upgrade your browser to improve your experience.
by Joe White
December 3, 2013
The second season of Walking Dead: The Game is set to launch for consoles later this month, and for iOS soon after. However, in a recent Twitter update from developer Telltale Games (@telltalegreens) it's been confirmed ahead of schedule that another character, Omid, will be returning in the sequel. Telltale Games' Twitter update reads: "A familiar face returns in #TheWalkingDead Season Two premiere episode, 'All That Remains,' releasing this month." Included is a picture depicting Omid along with Clementine, who is also returning in the second season. In a number of further Twitter updates, Telltale Games also confirmed that the second season of Walking Dead: The Game will be launching for the PC, PlayStation 3, PlayStation 4, Xbox 360, and Xbox One this month. More importantly, a release for iOS and other mobile platforms is planned for soon after, the developer added. Back in October, a few details concerning the sequel, and particularly the character of Clementine, were shared by Telltale Games:

An unnamed Telltale spokesperson reportedly told IGN that the second season of The Walking Dead: The Game “will continue the story of Clementine, a young girl orphaned at the outset of the undead apocalypse, now left to her own devices to seek safety and survive in a world gone mad.” The developer continues: “Now assuming the role of an ordinary child, players will struggle to outwit both the dead and the living in situations that will test their morals and control the flow of the story through their decisions and actions.”

Also included with the above news was a "reveal trailer" for the game, which is embedded below. http://www.youtube.com/watch?v=ilEB4KTTOIo

If you haven't played Walking Dead: The Game, the first season can be downloaded in the App Store free of charge (individual episodes can be purchased in-app for $4.99 each) and it's optimized for the iPhone, iPad, and iPod touch. Be sure to also check out our original review of the app, Can You Defend Yourself In The Zombie Apocalypse? Find Out In Walking Dead: The Game, which we published back when the application first launched. See also: Google Updates Field Trip App With Interface Tweaks And New Publisher Content, Move Aside, Fruit Ninja: Information On Mountain Sheep's KingHunt Surfaces Online, and Create And Send Sing!-A-Grams This Holiday Season With Sing! Karaoke By Smule. 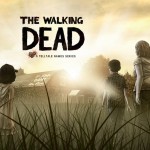 The Walking Dead: The Game Season 2 Gets New Trailer, Set To Launch 'Later This Year' 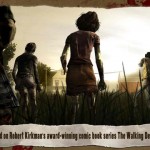 Can You Last For '400 Days' Amid The Zombie Apocalypse In Walking Dead: The Game?
Nothing found :(
Try something else