You are using an outdated browser. Please upgrade your browser to improve your experience.
by Joe White
December 2, 2013
There are a bunch of popular card battle games in the App Store, and come 2014, one further title will be added to this selection. Called Warhammer 40,000: Space Wolf, the iOS app was first announced in August; now, however, the forthcoming game has received its first trailer, providing iDevice users with an idea of what they can expect once the application is available to download. Make no mistake, the trailer for Warhammer 40,000: Space Wolf gives little away. But it does indicate that the free-to-play, turn-based tactical combat game will feature impressive graphics, and a selection of characters from the Warhammer 40,000 universe. Developed by Hero Craft under the license of Games Workshop, here's what the studio had to say concerning the application:

Warhammer 40,000: Space Wolf will be a new turn-based tactical combat video game, using collectible cards to drive the on-screen actions of the 3-D characters. Set in the Warhammer 40,000 universe, the free to play game is in full development for a 2014 release on iOS, Android and PC.

More specifically, Warhammer 40,000: Space Wolf is expected to arrive in the App Store during the second quarter of 2014. We'll keep you updated with further information as we receive it. In the meantime, be sure to check out the below trailer video for a closer look at the forthcoming title. http://www.youtube.com/watch?v=jY_FP7rKtjw&feature=player_embedded#at=48 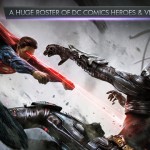 Injustice: Gods Among Us Gets New Playable 'Super' Skins And Repeatable Challenges 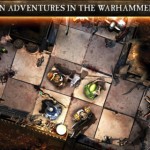