It's long been the wish of many an iDevice user for an “official” Pokémon app to launch for iOS. Though no such application has yet to appear, Nintendo has nevertheless brought the Pokémon Red and Blue game soundtrack to the iTunes Store, making it easier for users to enjoy the nostalgic music while on-the-go using an iPhone, iPad, or iPod touch.

The album, Pokemon FireRed & Pokemon LeafGreen: Super Music Collection, can be downloaded for $11.99 and features a total of 90 tracks from the Game Boy Advance (GBA) iterations of Nintendo's popular games. Plus, for those not looking to pick up the entire album, tracks can be purchased individually for $0.99 each.

Despite this, however, Nintendo still doesn't appear to be considering bringing its Pokémon games to the App Store, leaving iDevice users with the option of either seeking alternatives, or jailbreaking to install unofficial ports of the games.

It's not all bad news, though, for those looking to take the more honest route: as our original review explained, the free app Monsters Invade: Oz “is about as close to Pokémon as you can get on iOS,” and the capture-and-battle game is optimized for the iPhone, iPad, and iPod touch. For those looking to find a Legend of Zelda-style application for iOS, we'd recommend considering Oceanhorn.

However, if music is all you're after, Pokemon FireRed & Pokemon LeafGreen: Super Music Collection can be downloaded in the iTunes Store for $11.99. 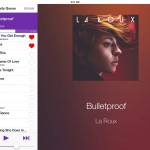 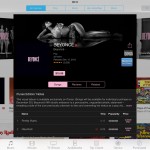