You are using an outdated browser. Please upgrade your browser to improve your experience.
by Aldrin Calimlim
December 12, 2013
Walmart is about to offer the iPhone 5c for only $27 with a two-year contract, reports the Los Angeles Times. The retail chain company is set to offer Apple's "beautifully, unapologetically plastic" handset at that price during its holiday sale, which kicks off this Friday. The iPhone 5c, which was introduced alongside the higher-end iPhone 5s last September, normally goes for $99. But unexpectedly poor sales have prompted retailers, Walmart in particular, to deeply discount the product. Last Black Friday, the iPhone 5c went for as low as $45 with a $75 gift card thrown in for good measure at Walmart. Walmart is also set to offer the iPhone 5s at a significant discount during its holiday sale. Normally priced at $199, Apple's flagship handset will be available for $127 with a two-year contract. The sale also includes deals on the iPad mini and iTunes gift cards. The former's 16GB variant will be available at its normal price of $299 but with a $50 Walmart gift card, while the latter's $30 denomination will be sold for $25. Walmart's holiday sale will begin on Friday, Dec. 13, at 8 a.m. and will run though Dec. 24. 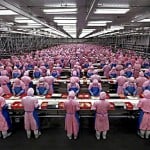 T-Mobile Drops The Upfront Cost Of iPhone 5s, iPhone 5c In Time For The Holidays
Nothing found :(
Try something else