You are using an outdated browser. Please upgrade your browser to improve your experience.
by Joe White
December 6, 2013
There's still time to order an iPhone 5s for Christmas. In fact, in countless Apple Online Stores, the seventh-generation handset is now shipping in just one to three business days, in a move further indicative of a rumored increase in iPhone 5s production. In the U.S. Apple Online Store, along with online stores for countries in Europe, the Middle East, and Asia, the handset is indeed dispatching in one to three business days. This is an improvement on the smartphone's previous shipping estimate of three to five business days, which itself appeared back in November, and it of course means that new iPhone 5s orders are reaching customers in even less time. Last month, we heard that iPhone-maker Foxconn had dramatically increased iPhone 5s production following sustained high demand: “Foxconn has 100 production lines operating around the clock at its plant in Zhengzhou (northern China), all of which are working towards producing iPhone 5s handsets and components for Apple,” we explained at the time. Our report added:

Incredibly, each individual production line consists of around 600 workers, meaning the Zhengzhou plant has 60,000 employees working on the flagship smartphone.

This means a huge 500,000 iPhone 5s handsets are being produced by this single Foxconn plant each and every day. In addition to this, it's no surprise that also in November, we heard in a seperate report that iPhone 5s availability had risen to 90 percent in the United States; for AT&T and Verizon SKUs, availability was as high as 99 percent and 98 percent, respectively. If you're planning on ordering a new iPhone or iPad in time for Christmas, however, be sure to abide by Apple's holiday delivery deadlines. Though it's already too late for certain iDevices, here's Apple's list of delivery deadlines for non-engraved products: Is Santa expected to bring a new iDevice to your household this year? See also: Jump For Joy With The Premium Pleasures Of Get Set Games' Mega Jump Plus, Combat Against The Dragon Smaug In The Hobbit: Kingdoms Of Middle-Earth, and Magic 2014 Updated With New "Enchanter's Arsenal" And “Up To Mischief” Decks. 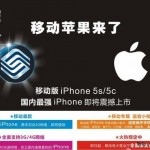 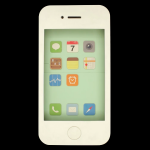