You are using an outdated browser. Please upgrade your browser to improve your experience.
by Brent Dirks
January 29, 2014
The war between AT&T and T-Mobile continues to benefit consumers. In the latest salvo, AT&T announced today that it is offering a $100 bill credit to all new and existing customers for each new line of service added. That includes all smartphones and tablets. Users must maintain service and good standing with the carrier for 45 days. The credit will be received within three billing cycles. In a release, AT&T says the offer is good until Monday, March 31, 2014. Customers can go online or to an AT&T retail store to take advantage of the offer. Since the beginning of the year, both carriers have been especially aggressive in courting new customers. AT&T started 2014 by offering T-Mobile customers up to $450 per line to switch over. T-Mobile answered back in a big way at CES 2014 in Las Vegas. The company unveiled its new Un-Carrier 4.0 program to reimburse all early termination fees for customers who switched from AT&T, Sprint, or Verizon. The offer is good for up to $350 per line for five lines. And a little more than two weeks ago, T-Mobile expanded the program to include switchers from U.S. Cellular and 12 other regional carriers across the country. For other news today, see: Apple Releases iOS 7.0.5 To The Public, The Super Bowl Ad Apple Doesn't Want You To See, and The Blame Game Has Begun After Weaker Than Expected iPhone Sales.

The Blame Game Has Begun After Weaker Than Expected iPhone Sales 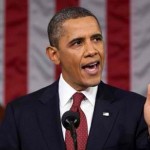 Apple Gets Nod In President Obama's 2014 State Of The Union Address
Nothing found :(
Try something else